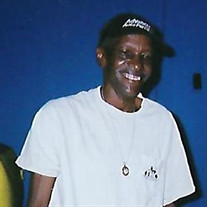 Mr. William “Sly” Newton was born on December 25, 1954 to the late Charlie Frank and Mamie Newton. He departed his life on Sunday, February 16, 2020 in McDonough, Georgia at the age of 65. William confessed his life to Christ and joined Cleveland Chapel AME Church at an early age with his family. William attended Henry County High School. He played football and basketball. He graduated with his class in the year of 1972. William was employed as a carpenter for many years. After his work, he enjoyed singing, dancing, entertaining, and having a good time. William never met a stranger. He was a great brother, father, uncle, cousin, and friend. William leaves to cherish his memories his sisters Mary Jane Newton, Louise Johnican, Elnora Hosley (Richard) and his brother Charles Lewis Newton (Darlene). He was preceded in death by his 3 sisters Frankie Newton, Diane Johnican, and Elizabeth “Lady” Burns (John). He also leaves behind 2 children, Remonica Turnipseed and Cedrick Newton, and 1 stepdaughter Thelesa White, 6 grandchildren, 3 great grandchildren, close friend Sam Redding, and a host of nieces, nephews, family, and friends to cherish his loving legacy and memories.

The family of William "Sly" Newton created this Life Tributes page to make it easy to share your memories.

Send flowers to the Newton family.