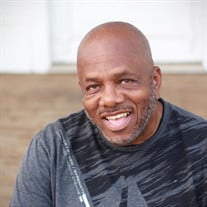 Garth Anthony Dermot Henton was born on January 8, 1956, in Harbour View, Jamaica, West Indies in the parish of Saint Andrew. He was born to Ruby May Victoria Henton (nee Logan) (deceased) and Alford George Henton (deceased). Garth had two younger siblings, brother Paul Ainsley Henton and sister, Andrea Marie Brown (nee Henton) (deceased). Before leaving Jamaica, Garth graduated from Kingston College, an all-male secondary school located in Kingston, Jamaica. In 1973, Garth gave his life to the Lord Jesus Christ during a revival lead by Billy Graham’s ministry, that experience led Garth to a life marked by ministry and service to God’s people. It also led to breakthrough in his family. Following his decision to follow Christ, Garth became a faithful member of Grace Gospel Hall in Harbour View, Jamaica. While at Grace Gospel Hall, Garth was actively involved in youth ministry, a ministry where he would spend the majority of his life’s work. While in Jamaica, Garth was also a respected employee of Jamaica Telephone Company. When Garth was 21 years old, he emigrated to the United States. An avid pursuer of knowledge, he later enrolled and attended Long Island University where he studied and completed a bachelor’s degree in marketing. He used his gifts in marketing as an employee with companies like New York Telephone, SunTrust Bank, Eastern Airlines and TWA. In 1986, Garth met the woman who would become his life partner, Doreen Spratt. The two later married in 1988 at First Presbyterian Church of Brooklyn in New York City. In 1989, Garth and Doreen relocated to Atlanta, Georgia. He and Doreen welcomed daughter, Brittany-Ann Marie Henry (nee Henton) in March of 1991. In 1998, Garth began working at Norfolk Southern Railroad where he would devote 18 years of exemplary service. He retired after serving as a supervisor in 2016. Following retirement, Garth dedicated himself to public service. He joined the Caribbean Association of Georgia, Inc., and began serving and meeting the needs of the community. In 2019, he was elected Board Vice President. During his tenure, he proudly served the homeless and the hungry, donated toys to children in need, fundraised for disaster relief efforts, promoted Caribbean American cultural awareness and was an ambassador for Atlanta’s Caribbean American community. Garth was an ordained minister and throughout the years, he maintained faithful memberships to several churches including Grace Church of the First Born in Brooklyn, NY, the world renowned, Brooklyn Tabernacle, where he also served in the choir, Atlanta Metropolitan Church of God, where he served as an associate pastor under the leadership of Rev. Eugene Lockett. Garth was also an associate pastor at Hope Church in Stockbridge, GA and in recent years a proud member of Tabernacle of Praise Church International in McDonough, Georgia. Garth leaves behind his beautiful wife, Doreen, who was his confidant and anchor of 33 years. His beloved daughter and best friend, Brittany-Ann Henry and her loving husband, Kareem. He leaves behind his brother, Paul Henton, and a host of nieces, nephews, extended family, friends and loved ones.

The family of Garth Henton created this Life Tributes page to make it easy to share your memories.

Garth Anthony Dermot Henton was born on January 8, 1956, in Harbour...

Send flowers to the Henton family.