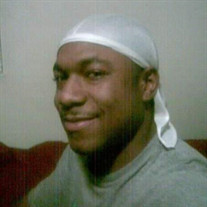 McDonough Chapel Chris was born July 8, 1979 to Deacon Johnny and Linda Kimble in McDonough, GA. He was the youngest of three sons. Chris gave his life to Christ at an early age under the ministry and direction of Reverend Marion Knight, at... View Obituary & Service Information

The family of Christopher T. Kimble created this Life Tributes page to make it easy to share your memories.

Send flowers to the Kimble family.